Suresh Chopane, who heads Skywatch, and who accompanied the two ISRO scientists, said they visited the spots & inspected the iron ring and 6 cylindrical objects currently kept at Sindewahi police station.

Nashik, April 8: A team of Indian Space Research Organization (ISRO) on Friday, visited the Chandrapur district of eastern Maharashtra to inspect unidentified objects which were said to have fallen from the sky about a week ago. 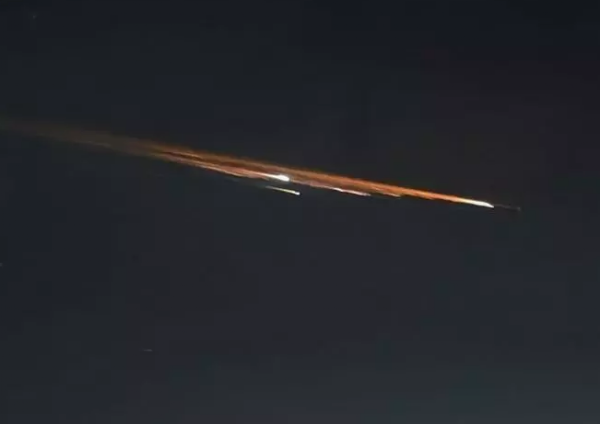 A metal ring and 6 cylinder-like objects were found in Sindewahi tehsil of the district after many observers spotted unidentified burning objects streaking across the sky in parts of northern Maharashtra and also in MP on evening of April 2.
Experts speculated that these could be parts of a burnt-out booster rocket, the kind used for launching satellites. Officials of the Geological Survey of India at Nagpur said they could not comment on the nature of the objects without a thorough examination.
An iron ring was found in a plot of land at Ladbori village on April 2, while a cylinder-like object was found in Pawanpar village, also in Sindewahi tehsil. 5 more cylinder-like objects were found in the area later.
Also Read | ISRO will launch EOS-02 satellite in second quarter of 2022 : Govt
Suresh Chopane, who heads Skywatch (a group of astronomy enthusiasts), and who accompanied the two ISRO scientists, said they visited the spots where the objects were found and inspected the iron ring and 6 cylindrical objects currently kept at Sindewahi police station.